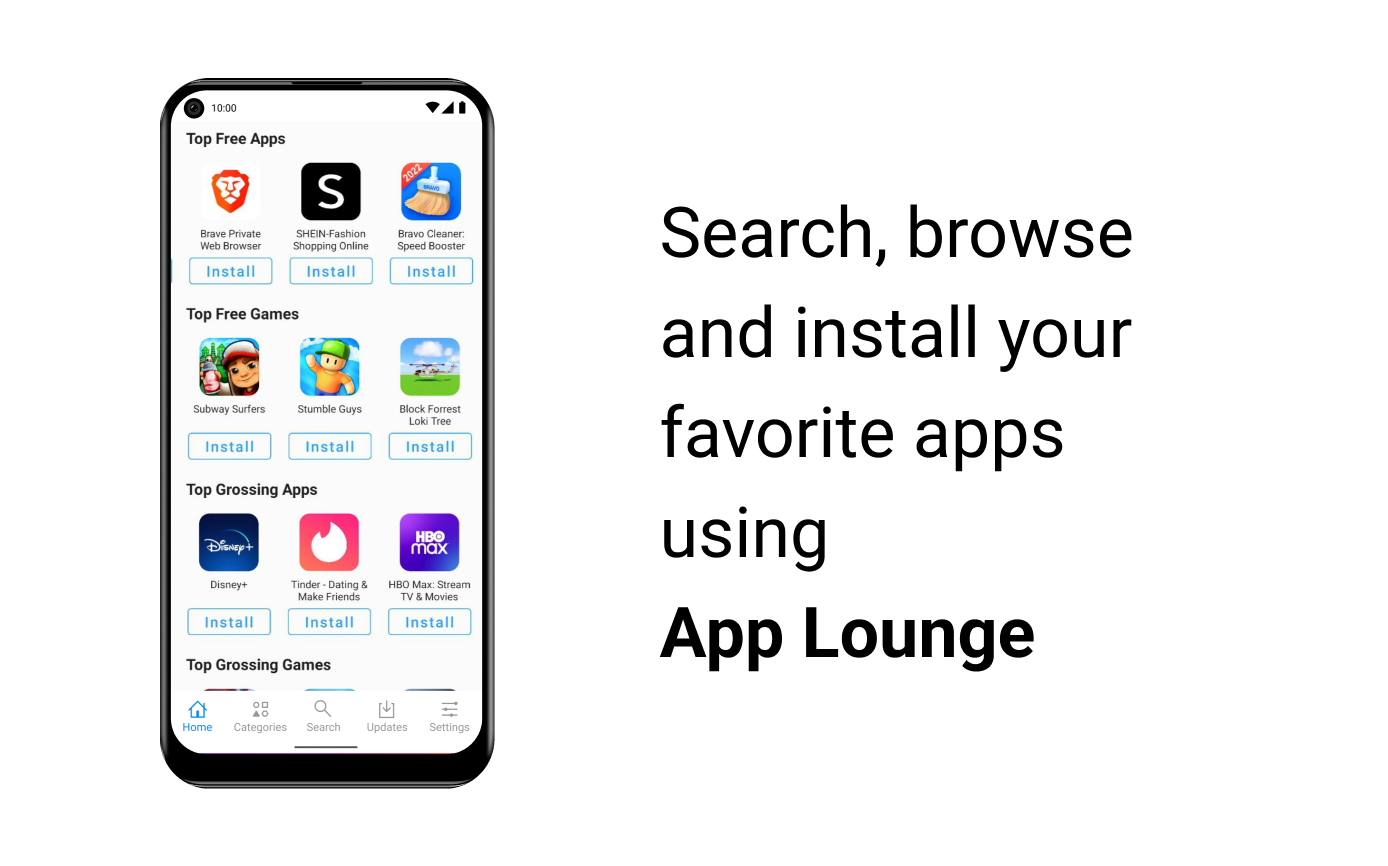 App Lounge is the second iteration of the application store embedded within /e/OS. It allows everyone to access millions of applications directly from their phone home screen.

It combines common Android apps, open source apps and even progressive web apps in one single repository. It is the only app store that does this today. Like with its predecessor, Apps, you don’t need to sign in to an account to download apps.

What are we talking about?

Commercial applications are the usual free or paid Android apps you can find in the Google Play store or alternative app stores like Aptoide or UpToDown. These applications cover your most common needs like banking, travel, productivity, etc…. Free native apps often include advertising. Both free and paid apps often come with embedded trackers to profile you and follow you around.

Finally, progressive web app or PWA is a type of application delivered through the web. It is intended to work on any platform that uses a standards-compliant browser, including both desktop and mobile devices. It is free from proprietary software from Google or Apple as these apps aren’t native apps. Unlike a native application that will need to be downloaded on your phone, a PWA works with a shortcut, similar to a web bookmark that you can store on your home screen and they run seamlessly on /e/OS.

How does it works? 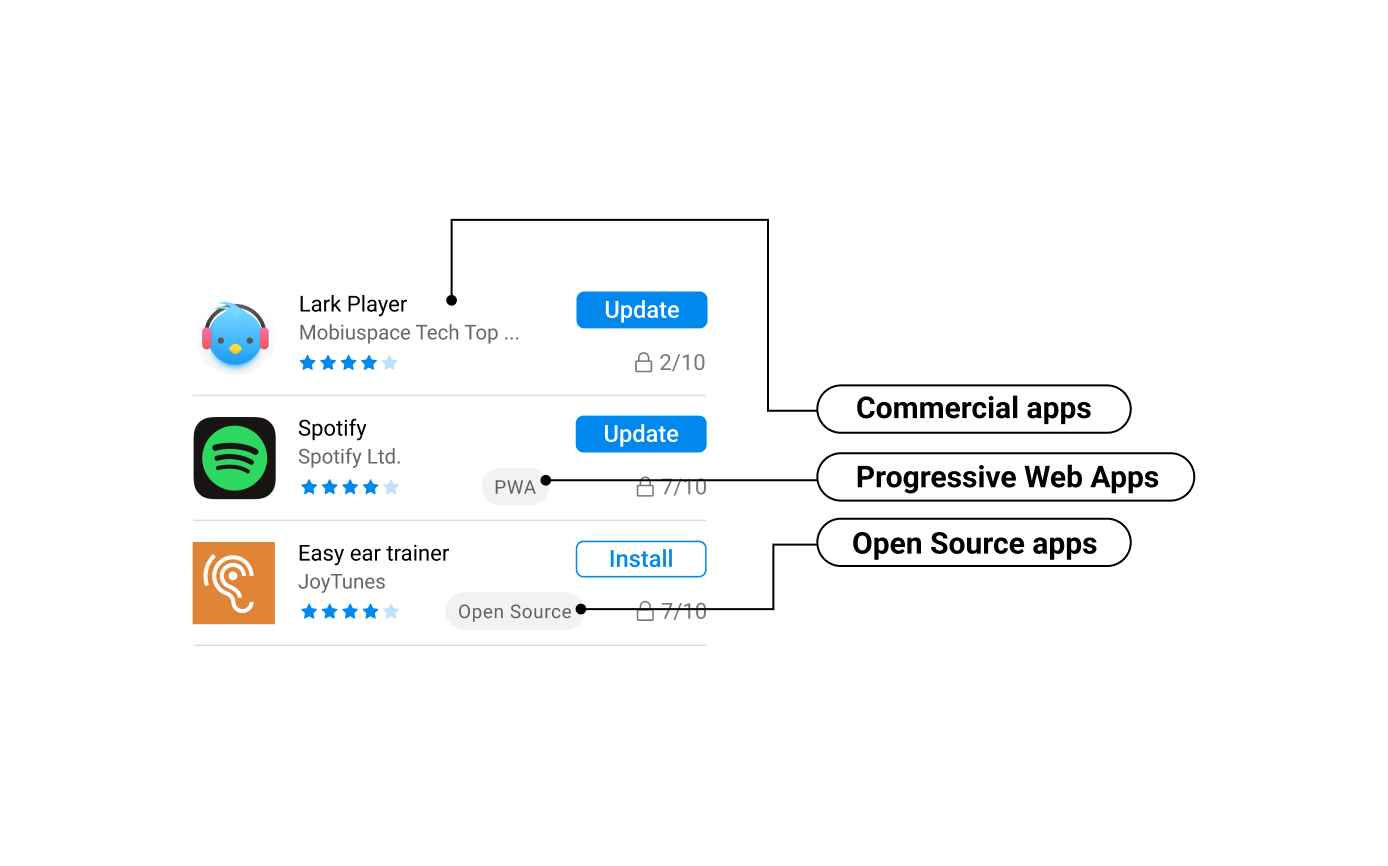 App Lounge, formerly called Apps, now provides these apps, native android apps and web apps into a single service. There is no need any longer to install several app stores if you want to install commercial applications, Open Source apps or Progressive Web Apps (PWA) on your phone.

With this evolution, you can now access millions of apps from different catalogues in one single store. Just open App Lounge and get ready to browse for your favorite apps.

These three types of apps are installed from different sources. 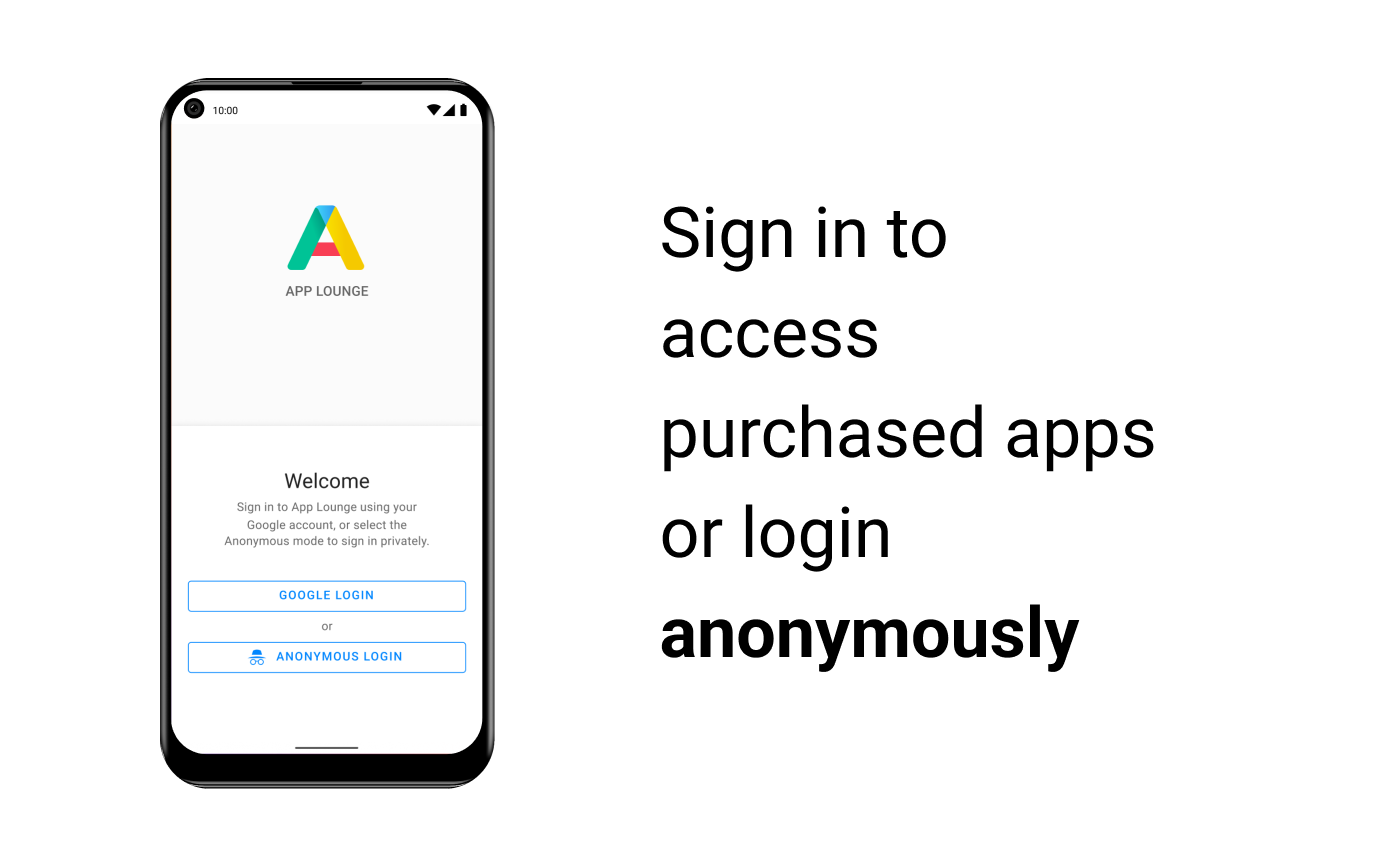 It may seem counter intuitive for a deGoogled operating system to offer downloading apps from the Play store.

Well not really. The Play store is the widest catalog available. Distributing apps from the Play store ensures that applications are coming directly from the source and that they haven’t been tampered with.

As we want to offer users a way to access apps without tracking, we have an option to sign in to App Lounge Anonymously. With this option, we are able to offer access to commercial applications without requiring a personal Google account: it means no tracking! This option gives only access to the free catalog.

In case a user had purchased paid apps in a previous life with a Google Android phone, we also provide him/her the option to sign in with a Google Account. Please note: In order to purchase a paid app, users will need to use a Google account linked to another device that has Google Play installed. 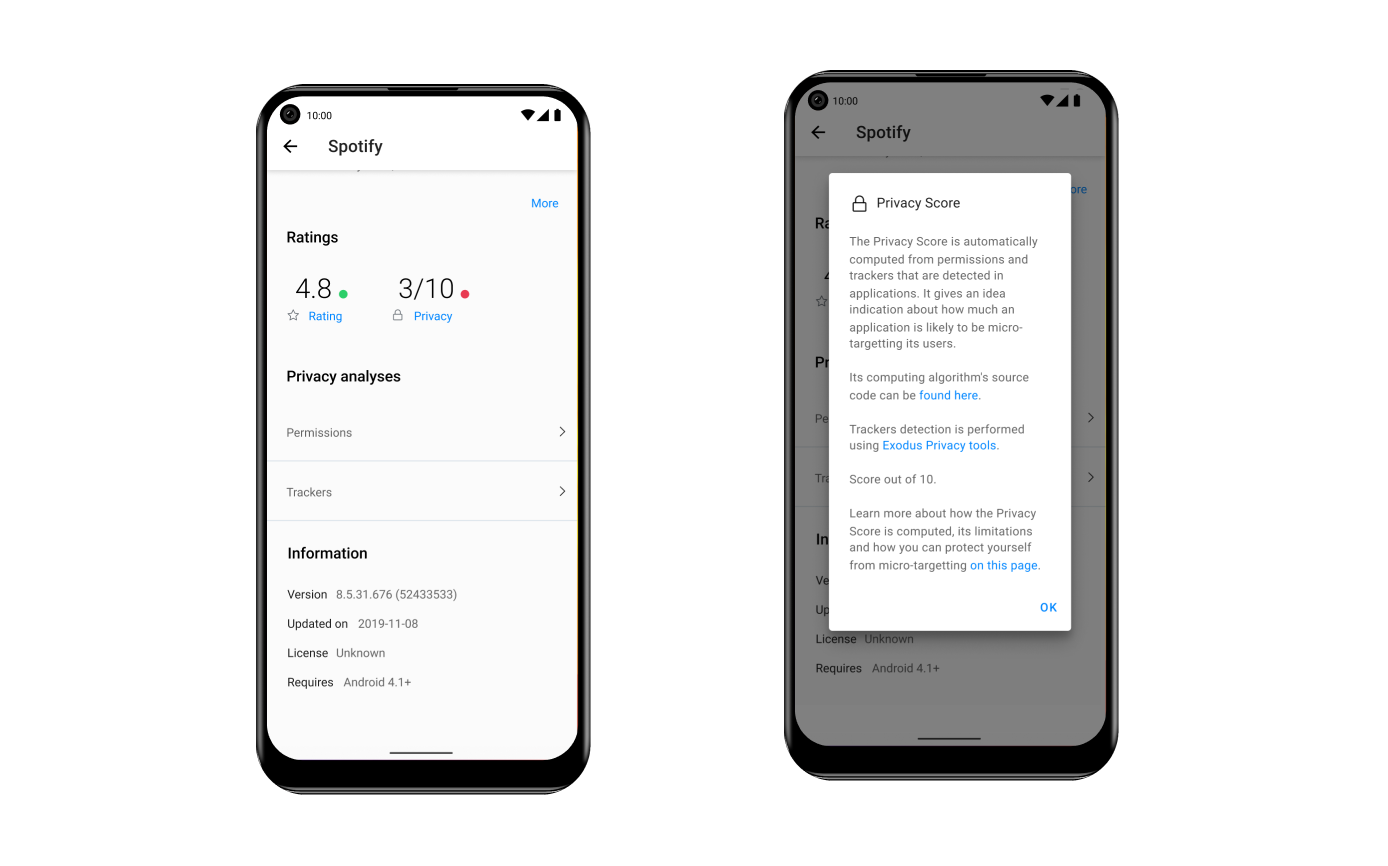 We kept one of the key feature from Apps: the Privacy Score.

In a blink of an eye, we decipher the app code for you: you can see which and how many trackers are in the app. It also documents the number of permissions the app requires to operate. With an easy to read scoring, you can see which apps are safe and which ones should be avoided.

Available on the search result and app detail pages, it still relies on Exodus Privacy data.

The source code link of the Privacy Score calculation will be found at https://gitlab.e.foundation/e/os/apps/-/blob/main/app/src/main/java/foundation/e/apps/PrivacyInfoViewModel.kt

All the features users can expect from an application store

App Lounge provides all of them:

App Lounge is already bringing great improvements in /e/OS but we don’t want to stop there. We plan to keep improving the service and make it more efficient and useful.

We thought you could be interested in some upcoming features:

With the same idea we had for commercial application, we are working on fetching Open Source applications directly “from the source”. One of the challenges will be to handle alternative F-Droid repositories, that are sometimes more up-to-date than the official one.

Delivering /e/OS default application updates via App Lounge would allow users to receive updates as soon as they are ready, without waiting for the next OS update.

We are working on an App Lounge optional mode which would allow users to fetch only Open Source applications and PWAs. This would reduce the catalog size, but would give some peace of mind to people concerned by any network connections made to Google servers, even anonymized ones.

The current Privacy Score computation shows some limitations. We are looking into ways to improve its accuracy regarding the privacy compliance of an application.

App size varies based on CPU architecture/Hardware configuration or Locale/Region and Google play has more dynamic feature as well. The Google Play Store API does not provide access to this data. That is why the app size displayed in App Lounge and the one display in Google Play can sometimes appear different.

Some devices which are on /e/OS but not updated to v1.0 are still on the legacy “Apps” application. Here we offer the signed apk builds for such devices to update Apps to the new “App Lounge” application.

Simplest way is to download and try to install apks one by one. Only the correct apk for your device will be successfully installed, the rest will fail due to signature mismatch. Once you have one of the below apks installed, you don’t need to try the other apks.

How to revert back to the old “Apps” application?

You may need to setup Apps from start.

Now you can use the old “Apps” application if you want.

⚠️ To be used only on an /e/OS device! The app will not work on other Android platforms.

All those features would have been much more complicated to deliver without the wonderful Open Source community! We would like to give a special thanks to: